After a busy day of workshops with Year 9 Photomedia students we sat down with Anne Zahalka to talk about her upcoming exhibition, Anne Zahalka and her Amazing Artists, which opens at 6pm on 22 October 2013 at Concordia Gallery. We asked Anne what advice she would give budding artists among us and how she came to become the inaugural artist-in-residence at Newington College.

How long have you been the artist-in-residence at Newington College?

I began the residency at the end of August and returned following the school holidays to do a full day workshop/incursion on Friday last week. The residency ran for two months and was funded by the New Women Committee at Newington.

Can you tell me about some of the projects and workshops you have participated in while at the College?

The project began prior to the College’s Open Day, Back to Newington Day, where I planned to set up an open studio/photo-booth on the grounds of the College using the historic Founders Building as a backdrop and context for a series of portraits. While doing a reckie I came across a group of ‘Old Boys’ celebrating their 70th reunion and invited them to sit for a group portrait. This encounter was memorable and proved a rich beginning to my residency.

As the school marked its150th Anniversary this year, the publication The Newingtonian reproduced a collection of early photographs of the school which was a valuable resource for my research. David Roberts, the College Archivist, was able to show me through the College’s collection of photos and objects which were of great interest to me, particularly the early photographic portraits. These provided a basis from which to plan the Back to Newington Day shoot and a way of beginning work for the residency.

The images taken during Back to Newington Day will form an album for the exhibition at Concordia along with selected images to be displayed on the walls. The workshop undertaken with the boys involved a studio portrait photographic shoot using green screen and a collection of props and furniture to create a set. The students selected a photographic work that they had been studying and were to dress-up in appropriate costume with suitable props and play out the character in the original work. These portraits would then be superimposed digitally into a similar scene or landscape to be printed up for the exhibition. I also presented two slide lectures prior to the incursion where I discussed the background to my work with a particular focus on the artist portraits and how I went about making them.

Some of the photographs taken from Back to Newington Day can be seen here.

What is the concept behind the upcoming exhibition Anne Zahalka and her Amazing Artists?

The upcoming exhibition will contain a collection of ‘Artist’ portraits which began in 1990 that explore myths and stereotypes surrounding the figure of the artist in contemporary art. The portraits were originally made in a studio at Gertrude Street in Melbourne during a 3 month residency there and were exhibited at Anna Schwartz Gallery (then City Gallery). A selection of these were shown at the Sydney Biennale and an extended series at the Centre for Contemporary Art in Adelaide. Some works were exhibited over the following years and then put into storage until 2007 when a major survey of my portrait work, curated by Karra Rees from the Centre of Contemporary Photography in Melbourne was held. I had gone on to make a number of new artist portraits to reflect on the changes in contemporary art practice and to record artists within the context and spaces they were engaging with. The survey show titled Hall of Mirrors, travelled extensively in Australia but was never shown in Sydney; therefore, it is a great pleasure to exhibit these works at Concordia and bring them back to life.

In showing this body of work within an artist residency, I thought it would be interesting to make a new portrait of myself using the same green screen device that the boys had worked with. It was shot in the studio last Friday following the incursion and it has been montaged into a landscape of my earlier series Wildlife. It is an ironic portrayal of the artist on safari ‘shooting’ scenes captured on a laptop which are visible to the viewer. It pokes fun at the idea of the courageous and brave artist who goes out into difficult territory to bring back images for their audience to devour and consume. This lies at the heart of the artist project and much of my art practice.

Who are the ‘Amazing artists’?

The ‘Amazing artists’ are the artists represented from this earlier series but also the Year 9 boys who undertook the challenge of placing themselves into another artist’s landscape and practice.

What have you enjoyed most about working with the boys / Newington Community?

I found the boys to be really receptive to my work and to the ideas presented. They were undaunted stepping into the shoes and characters of another’s work and they all found ways of creatively playing a role. These artworks will form part of the exhibition and I’m looking forward to seeing the final results. They were really competent with camera operation and understood immediately how the images might work visually. I found the students grateful for my help and extremely polite which made the whole experience rewarding and easy.

Working with Hannah Chapman and her team has been a great pleasure. They have been so supportive, professional and lovely during my time at Newington; they have made me see how valued and important the art department is to the school and they must be congratulated on nurturing a culture like this with people who care.

What do you plan on doing next?

I am undertaking a commission with the Parliament House in Canberra to mark their 25th Anniversary and I am creating a body of work to reflect on the life and culture of those that work and visit there. The works will go into their impressive art collection and be exhibited at the beginning of Parliament’s sitting early next year.

As a practising artist who has been working in the industry for quite a long time, what advice would you give to budding artists out there?

Studying art and practicing as an artist is an extremely rich and rewarding career (although not always financially). However, it can lead to other fields to work in and offers many opportunities creatively. Art engages the public and communities and is a valuable contributor to the culture in which we live and work. It provides a lens through which to filter the world and provides a visual language that is used to interpret, represent and understand it.

Please join us on the official opening of Anne Zahalka and her Amazing Artists which will be opened by former Head of Artistic Programs at the Museum of Contemporary Art, Judith Blackall. Anne also features in the new ABC/BBC series hosted by former Art Gallery of NSW, Edmund Capon called Art of Australia. The show airs 8.30pm Tuesday 22 October 2013 on ABC 1 .

To find out more about past and upcoming exhibitions, please visit the Concordia Gallery insite here 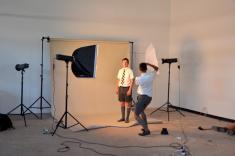 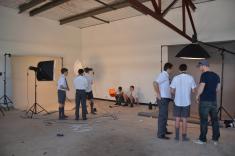 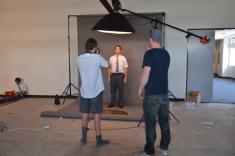 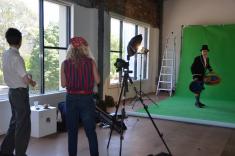 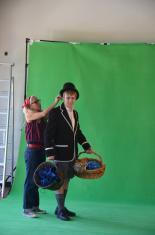 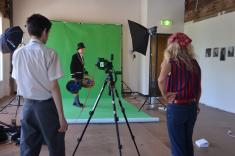 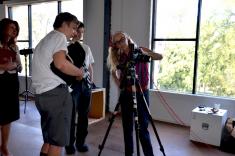 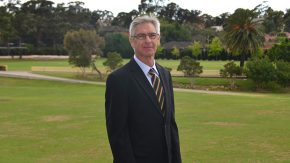 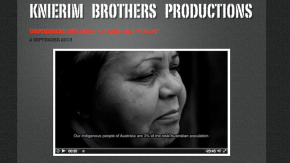