On a damp and cold Saturday morning several weeks ago, two teams from the F1 in Schools program at Newington made the journey to Porsche Centre Sydney South for an exclusive opportunity to be shown around the showroom and tour the restricted workshops.

Immediately greeted by an array of classic and modern, rare Porsches, including an original 356, one of two right-hand drive examples brought to Australia, the two teams inherently pulled out their phones to take countless photos and videos, any of which would make a Porsche enthusiast envious. After we had finished admiring the incredible cars on the showroom floor, we were taken into the pre-owned showroom to see our guide for the tour and Porsche Centre Sydney South After-Sales Manager, Brad Cranston, who started by showing us the several hundred thousand-dollar prices of some of the pre-owned cars.

General Porsche discussion followed before we made our way into the workshop, which is not open to the public, where Porsche cars are serviced and repaired. The engine from a 991.1 GT3 immediately grabbed the attention of the group and as Brad explained, had been taken out of the owner’s car due to a problem with the cylinder firing order and the car was awaiting a brand-new engine from Germany which would be fitted in the workshop. Other cars littered the workshop, all in various states, some awaiting a service whilst others were being repaired after having been involved in light collisions. However, contradictory to the rest of the workshop was a recently released 991.2 GT2 RS which made world-headlines after it became the fastest production car ever to lap the famed Nürburgring Nordschleife circuit in Germany. Kindly, it was started and revved by Brad, who also explained the many options and features on this car, such as the brake rotors which cost twelve and a half thousand dollars each.

After we got to experience the thrill of the GT2 RS being started up and revved, the exact same car that was driven by former Australian Formula 1 driver Mark Webber around the Melbourne Grand Prix track Alberts Park in early 2018. We were ushered into the Porsche engine room. It had a familiar smell of engine oil and there were engine parts crammed in due to the day’s events. We got to see the steering column of a Cayman and the boxer engine from a 911 GT3 RS and learnt about which wheels receive power from the engine on each of the cars. Brad kindly explained the process and equipment used by the team to remove and repair Porsche engines.

As we exited the engine room, we moved back into the showroom and gathered around a 911 GT3 Cup Car. The boys learnt the specifications of the car and the differences between it and a normal road car. Brad then challenged everyone a time trial to see who could get into and out of the car in the quickest time possible, it is challenging because the roll cage is situated in front of the entry point, blocking direct access to the seat. As ecstatic as we were, the day had to, unfortunately, come to end. Kindly enough, Brad had organised for gift bags to be given to the members part of F1 in Schools containing all sorts of Porsche related goodies.

The boys were thrilled with the experience and the could not have been any better. We would like to thanks Ms Lak for organising the day, for Porsche Centre Sydney South and Brad for taking us around the complex and diving into the complex details about Porsche. 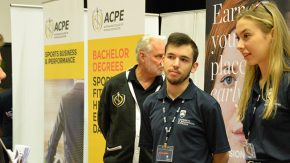