On 14 November, 20 Kelynack and Johnstone boys volunteered their time to support the charity Oasis. The Salvation Army’s Oasis Youth Support Network is a charity dedicated to improving the lives of homeless and disadvantaged youth. Kelynack and Johnstone Houses participate in numerous support programs for Oasis. This one entailed the 20 boys heading out to a warehouse in Sydney’s west where they packed products into 800 candle bags to be sold during Carols in The Domain. The task seemed simple enough but the boys had to work with a high-intensity for a condensed three-hour session in order to get the job done. Each bag contained $100 worth of Woolworths donated supermarket goodies which are sold for $20 each on the night. Our Newington volunteers packed only a proportion of the 10,000 bags that will ultimately be sold this year on 22 December. Woolworths Carols in The Domain is an annual Christmas concert attended by around 80,000 people and is Oasis’ largest fundraiser. The two organisations have partnered (for Carols in The Domain) to raise awareness and provide support to homeless and disadvantaged youth for the past 36 years. 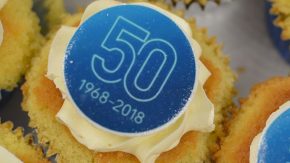 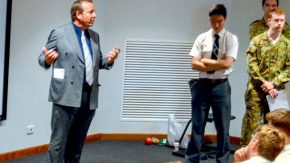