As I considered the happenings in Lindfield sport over the last few weeks, there were a number of great sporting successes that were nothing to do with scorelines, but were about building community, understanding, compassion and leadership.

The Mini Olympics was an absolutely phenomenal day with athletes and support staff from the Special Olympics coming to celebrate the day with the boys. The day started with an assembly including a rendition of “This is me”  sung by the Lindfield boys with a dance accompaniment from two of the Special Olympics Athletes and a recount from one of the athletes of her recent trip overseas to compete. When the boys moved to participate in the activities, the leadership and maturity of Year 6 boys was on show with carefully considered activities prepared for the younger boys. The were smiles and laughs all around as the boys experienced a range of Special Olympics Sports.

Finally, at the end of the day, to find that the Lindfield Community had raised over $17,000 was just incredible!

Last weekend, the Year 6 rugby teams were asked to be a part of Barker College’s Indigenous Round for all their different sports. Where our boys usually participate in the Rugby 7s Competition, this was to be a traditional 15-a-side game, a first taste for many of the boys. The boys rose to the challenge like champions! After a brief ceremony on the field, the game was on and despite Barker scoring first, the Lindfield boys brought their 7s experience, moving the ball left and right across the field to find the gaps in the line, scoring 4 tries to Barker’s 2 and winning 22-14. Whilst it was great to get the win on the scoreboard, the bigger wins on the day were the chance to celebrate the Indigenous Custodians of the land and the way that the Year 6 boys worked together and supported each other on the field to produce an amazing whole team performance.

Today the Stage 3 boys finished the term with a trip to see the Wheelchair Rugby National Championships. I think that many of the boys were amazed by the strength, grit and resilience shown by the athletes in extreme physical games. It was brilliant to be able get behind the Wheelchair Athletes as they represented their states.

“Our vision is everyone in NSW can enjoy the benefits of sport alongside each other.” Wheelchair Sports NSW.

Looking forward to Term 3, we have both the Primary and Junior Primary Athletics Carnivals where we compete with the Wyvern boys, Back to Newington Day which is a great chance to enjoy being in community with the Wyvern boys and the older boys at their families at the Stanmore Campus and we will finish the Winter Sport Season with Barrack for a Buddy Day where all of the Year 5 and 6 Students will invite their Kindergarten and Year 1 Buddies to come and cheer them on as they represent Newington in AFL, Football and Rugby for the last time this year.

The final sporting success this term has been the Mammoth effort of the Sporting Committee running the barbecue at Koola Park each week. There have been some very chilly mornings but they greet all the Lindfield families as well as our 15 visiting schools with such a warm energy and tasty breakfasts week in and week out. Thank you so much to the committee! Your efforts are so appreciated!

I hope that all of the boys and families enjoy an active and relaxing break, and look forward to many more sporting successes next term. 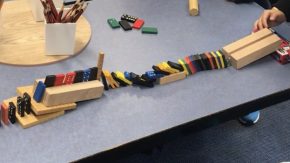 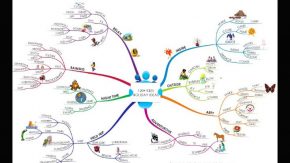