A Taste of Shakespeare

A Taste of Shakespeare

From Week 5 this term, the K-6 classes had a taste of Shakespeare and several of his plays during their Library lessons. Kindy boys became immersed in the story of ‘Twelfth Night’, a comedy about a brother and sister pair that are shipwrecked off the coast of Illyria and become separated. Years 1 & 2 experienced the spirit of enchantment on an island with no name, along with Prospero, Ariel and Miranda in the play ‘The Tempest’. Another of Shakespeare’s comedies, ‘A Midsummer Night’s Dream’, with its multiple subplots, had the Year 3 & 4 boys eagerly anticipating the outcome of the powerful spells of Oberon and Puck on the play’s characters in the enchanted woods. The themes of power, ambition and betrayal in ‘The Tragedy of Macbeth’ intrigued the Year 5 & 6 boys as they could relate these ideas to events in the world of today. Hopefully through these experiences, the Wyvern boys have become part of a large group of people who still find the works of Shakespeare enjoyable and entertaining, more than four hundred years after they were written. 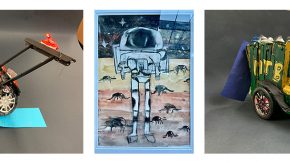 Previous Article Artist of the Week 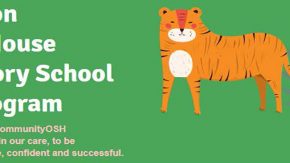