Both Old Boys are in Division I in the NCAA. Grant’s team won on the night and he top scored with 23 points. Grant now plays in the number one team.

Angus Beer (ON 2019) Multiple NSW and Australian junior athletics champion, has announced his commitment to the University of Missouri.

Nathan Roye (ON 2011) along with his inspirational girlfriend Meggie Draffin, climbed Africa’s biggest mountain this year for a great cause. Meggie suffers from Cystic Fibrosis and along with Nathan’s support became the first Australian with CF to climb Mt Kilimanjaro. To read more, click here.

Cricketer, Lawrence Neil-Smith (ON 2017) on debut for Tasmania, claimed three wickets on a closely-contested opening day against Western Australia at the WACA.

Congratulations to Max Solling (ON 1959), a long-time Royal Australian Historial Society member, who was awarded the 2019 Annual History Citation in recognition of his outstanding contribution to the study and practice of urban social history.

Joey Lussick (ON 2013) appeared in the UK Super League Grand Final on Saturday 12 October. Joey played for Salford who were up against St Helens.  This was Salford’s first appearance in a Grand Final.  Victory to St Helens 23 – 6.

Newington was recently gripped with Footy Finals Fever, congratulations to the following Old Boys and Parent:

Congratulations Sam Hardy (ON 2013) for his Olympic qualification and Bronze medal at the Rowing World Championship in Austria in the Men’s Pair. 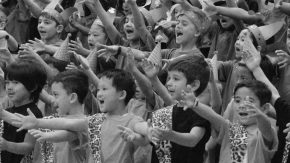 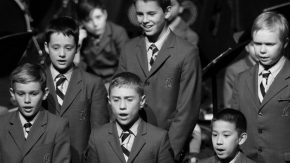