Approaching FL350 was a temporary installation artwork at Concordia Gallery shown on Friday 16 May that was inspired by the artistic practice of artists Heather and Ivan Morison. Heather and Ivan Morison were in Sydney for the  Sleepers Awake Project for C3West, and as an aside completed an artist-in-residency at Newington College.

One the night of 16 May, Concordia Gallery transformed into an airport from 5:30 PM to 8:30 PM. There was a specially designed aeroplane with numbered aircraft seats. Families, friends and members of the Newington Community were invited to book a seat on one of the eights flights running on the night, and once ‘passengers’ arrived , they received their boarding passes before being ushered into the Gate Lounge.

The flights ran for 20 minutes each and involved a flight crew made up of four talented Year 10 Drama students –  Jeremy Leonard (10/FL), Harrison Saunders (10/LE), Robbie Tighe (10/ME) and Elliot Ulm (10/LE). Before the plane took flight, a safety briefing was given. In the duration of the flight, an in-flight film constructed by Year 11 Visual Arts students was shown, and refreshments were handed out.  Artist Ivan Morison attended the event and was very impressed with the professionalism and the  detail of the experience.

“What’s important about making a good piece of art is that you have to think about the whole experience through completely and clearly, before you even walk into the lounge, the check-in counter and your boarding pass. That is really great and truly remarkable for students.” – Ivan Morison on Approaching FL350.

The immersive installation was a collaborative effort from eight Year 11 Visual Arts students who conceived, developed and executed the idea from the making of the uniforms, lighting and sound, to the outstanding ‘inflight film’. The film was a montage of audio and visual clips from films and movies that formed a narrative of a boy being changed by his encounter with the world. It was a provocative film that left all passengers questioning and reflecting.

“The thing that made the biggest impression on me was hearing the voice and believing and taking the instructions… to be willing to be part of the journey of transformation. Then I guess how well constructed the audience participation was because you had time and the physical simulation of a flight to process your role in this suggested change.” – Sydney-based Curator on Approaching FL350.

Concordia Gallery Curator Hannah Chapman was thrilled with the event with all 200 seats booked out on the night. She is still  hearing stories about people’s experience on the night, including rave review of the student-produced film and graphic works on the windows of Concordia Gallery. She would like to thank Mr Andrew Pawley, Mr Aaron Landers, Ms Tamara Smith, Mr Ben Williams and Mrs Yvonne Gray in their contribution to the event. 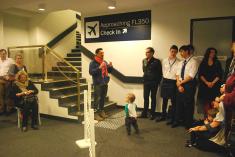 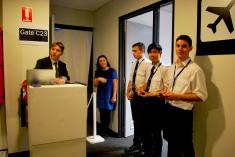 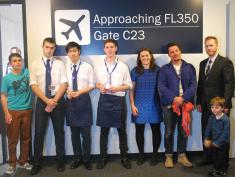 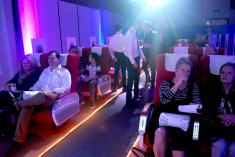 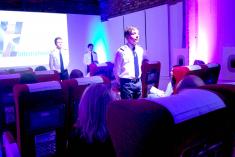 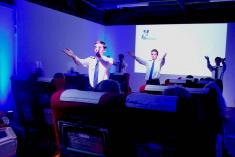 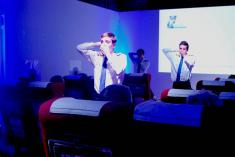 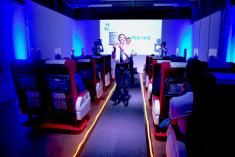 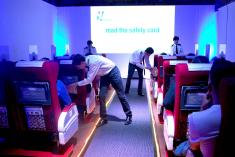 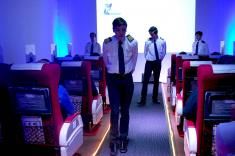 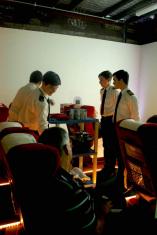 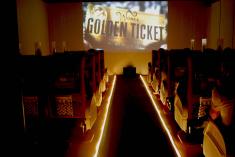 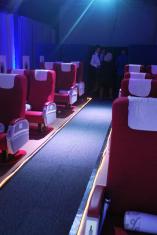 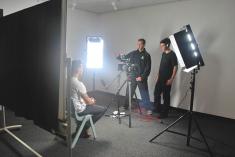 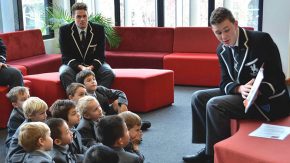 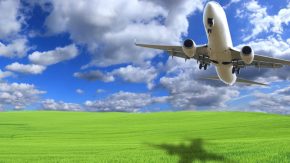 Next Article Cleaner and Greener Way to Fly
PrintShareShareShare