Stuart Ringholt’s artwork (Untitled) Clock 2014 has recently been named in MCA Director, Elizabeth Ann Macgregor’s top 10 contemporary Australian artworks. He has represented Australia multiple times internationally at art events such as Documenta (13) 2012, Singapore Biennale in 2011, TarraWarra Biennale in 2008 and the Sydney Biennale to name a few.

He has a richly-researched understanding of fear and anger and has been working for over 10 years to consider how leading workshops may be a way to explore emotional development. His artistic practice is interested in providing opportunities for more cohesive social relations in a society whose behaviours are becoming increasingly conditioned by technology.

Year 10 Visual Arts students and Year 10 Photographic Digital Media students were invited to be participants and audience members, respectively of Ringholt’s artwork Anger Workshop. In this artwork he instructed boys on safe and practical ways to focus on and release a stress they had, while listening to loud, Techno music. The boys were then instructed to hold hands with another student, apologise to them, tell the other they loved them and hug with eyes closed for three minutes, listening to Mozart.

Visual Arts boys then reflected on their experiences and were interviewed by Photographic Digital Media (PDM) students. Jonathon Eassey (10/FL) revealed “You feel a bit awkward being that close, but it’s also relaxing at the same time knowing that you have apologised for all the things you’ve struggled with, being held by someone and then listening to their breath and their chest rising and falling.” PDM students then worked with a combination of documentation, audio interview, and representations to create four video works for the exhibition Has Potential. Visual Arts boys learnt collage techniques from Ringholt and worked over the next two days to communicate their experiences from the workshop.

Students’ Max Higgins (10/LE) and Roger Li (10/FL) formally opened the exhibition on Tuesday 12 May at Concordia Gallery to a strong crowd of enthusiastic boys and proud parents. The exhibition was open for two weeks at Concordia Gallery. Visitors included students, grandparents and external art community members who recognised the boys’ courage and vulnerability.

We are very fortunate that such experienced professionals are willing to share their skills with the boys. Along with collage techniques, the key skill that Ringholt equipped the boys with was how to manage fear as an artist. He recommended practical ways to avoid operating in fear, as through his research he believed it was one of the biggest inhibitors to making art.

We appreciate Stuart travelling to Sydney at a busy time professionally and personally to work with the boys at Newington and to Ms Hannah Chapman, for curating the exhibition Has Potential. Thanks to Mr Andrew Pawley for directing the Photographic Digital Media students and Mrs Katherine Francis for her support of the boys and project as a whole. 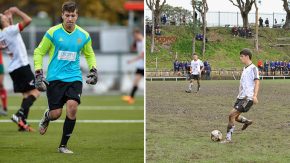 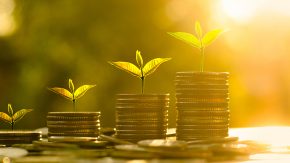 Next Article No Budget on the Environment
PrintShareShareShare