The 119th AAGPS Carnival took place on Saturday 10 May at Homebush. The Newington team was confident after a very positive season of training and Invitational Carnivals. An Athletics breakfast followed by the Athletes Send-off Assembly was a fitting tribute to all boys who participated in the program over the course of the season.

In the Junior Division (U13 and U14), Newington and The King’s School were the dominant schools; whilst the lead changed several times throughout the day, by the end of the competition, King’s were ahead and placed first followed by Newington as the runners up. Congratulations to the Junior team from The King’s School. Congratulations to Junior athlete James Roach (8/MA) who broke the U13 100 m record of 11.92 with a time of 11:89.

In the Intermediate Division (U15 and U16), Newington led the competition early due to some outstanding results from our High Jumpers and Shot Putters; at the completion of the carnival Newington had placed sixth. Congratulations to the Shore School on their victory in this division.

In the Senior Division (U17 and Opens), there were six schools vying for top place, it became evident half way through the day that it was going to come down to the 4x100m relays to finalise placing’s. At the completion of the Opens relay Newington had finished sixth. Congratulations to St. Ignatius’ College for winning the Open Division.

It was a great season with many boys participating for the first time and to see the improvement in the boys was fantastic to see.

The College would like to acknowledge the hard work of all boys and staff who were involved in the program.

Newington Athletics will be represented at this year’s July Commonwealth Games in Glasgow. Former Captain of Athletics Josh Ralph (ON 2009) has been selected for the 800 m. Josh has the three fastest times in Australia this season with a best of 1.45.87.

Congratulations Josh, we look forward to watching you run!

The other three teams placed in the quarter finals (Top 8).

This coming Saturday is the State School Championship Individuals Competition.

Congratulations to all boys who competed on Saturday.

Two Newington Old Boys have recently been selected in the Australian U20 Rugby team to compete at the IRB Junior World Cup starting in June.

Australia will have the honour of playing the first match of the IRB Junior World Championship when they take on Argentina on Monday 2 June. This will be followed by matches against England on 6 June, and Italy on 10 June.

Congratulations to the boys and all the very best for the tournament.

Newington 1st XI cricketer Saahil Parekh (11/MO)  has been selected in the NSW U17 squad, and his fellow fast bowler Lawrence Neil-Smith (9/JN) has been selected into the NSW U16 squad. Both boys played a significant role in Newington Cricket this season and are deserved of their selection. Congratulations Saahil and Lawrence. 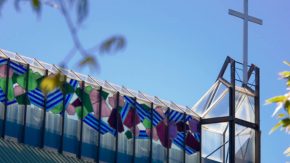 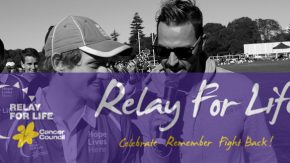