A Message from the Chairman, Newington College Council

A Message from the Chairman, Newington College Council

It gives me great pleasure to introduce Mr Michael Parker as the 19th Headmaster of Newington College.  Michael starts with us on 1 January 2019, following Dr David Mulford’s retirement at the end of this year.

We warmly welcome Michael (pictured below), along with his wife Fiona and daughters Julia and Elena, to the Newington community.  Fiona is a Senior Lecturer in English at UNSW.

Michael was the unanimous choice of the Newington College Council.  His appointment is the culmination of an extensive search, using the services of a specialist executive search firm, that yielded a very strong field of candidates from Australia and overseas.

Michael is already steeped in our unique culture and core values of diversity and inclusiveness, having served as the Head of English at Newington from 2002 to 2007.  He has a healthy level of “black and white blood” coursing through his veins.

Council was impressed with Michael’s restless energy, commitment to the holistic development and wellbeing of every boy, and reputation for integrity, vision and innovation.  He is an enthusiastic proponent of the pursuit of a faith-based, liberal education.

Michael holds a combined Arts/Law degree and a Masters of Education from the University of Sydney.  Whilst at university, he worked in one of Australia’s leading law firms before pursuing his passion for education.  He taught English and served as a Housemaster at Cranbrook before travelling overseas to take up an exchange position at Eton College.  In 2002 he joined Newington, where he was a highly successful Head of English.  After five years in that role, he was appointed Deputy Headmaster at Cranbrook, where he served for seven years before progressing to become Headmaster at Oxley College, Bowral, in 2014.  Under his leadership, Oxley’s academic performance and survey results across students, teachers and staff have risen markedly.

Michael is committed to open engagement with students and the school community at large.  He is a strong believer in creating a teaching environment that engenders critical thinking among the boys. His aim is to foster a culture that combines improved academic performance with enduring pastoral care programs to ensure our boys are prepared for an unpredictable and constantly changing workplace.

He is very much looking forward to building on David’s legacy to lead Newington to even greater heights and for our boys to continue to Discover What’s Possible. I know you will make Michael and his family welcome. 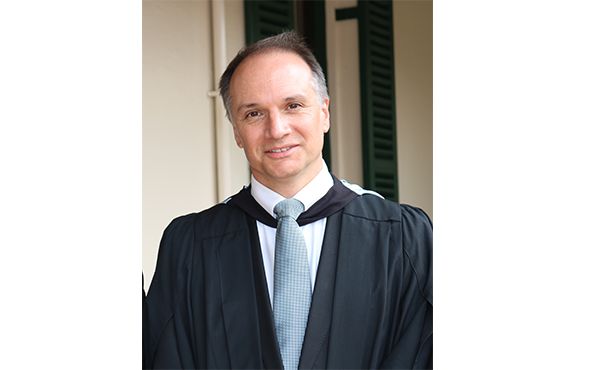 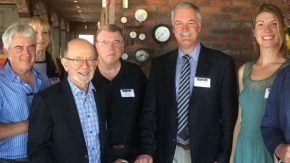 Next Article USA Reunions - Save the Date
ShareShareShare