Sporting fixtures and trials will be held on the following Saturdays in Term 1.

The following boys have been announced as captains of their respective sports for the AAGPS season:

The following Newington 1st XI cricket players have been selected in a Combined AAGPS 1st XI squad for representative fixtures later in the season:

Well done boys on your selection.

On Saturday 9 February, the Year 8 and 9 Rowing squads competed in the All Schools Regatta in Hen and Chicken Bay. Newington crews were drawn in a Division with Scots, Sydney Grammar and Riverview. Of our ten crews entered, nine of the crews finished in first place. This is one of the best performances from the rowing squad in many years. The rowers were very happy to notch up a win as it is not easy to achieve. The crews have all been training hard and the results were a great reward for their efforts.

The Newington Age Swimming Championships were held in the School pool on Friday February 8, congratulations to all boys who participated in the event. Results from the meet can be found on the following link:

Over the course of the weekend Newington 1sts tennis players were involved in a series of matches to determine representation in the AAGPS team, the following Newington 1st players have been selected in a squad of 8:

The following water polo players have been selected in a combined AAGPS (U17s) Water Polo team:

Congratulations boys on your selection. 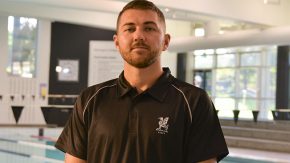 Previous Article A new direction for Swimming at Newington 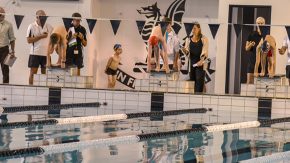