Everywhere in our life we are surrounded by symbols. Symbols tell us what to do or where to go, they tell us what something is or how we should respond in a certain situation. If we see the Golden Arches on the road we know that there’s a McDonalds inside. If we come to a red traffic light, we know to stop. Symbols help us to make sense of the world around us and tell us how to act.

In Christianity we have one symbol above all others, the cross. The cross is universally acknowledged as the symbol of the Christian faith because it represents the very heart of Christianity. And it’s at Easter time that we come to understand what this symbol means for us.

Although this is a brutal and violent day where Jesus is horrifically killed we call it Good Friday which seems wrong. Yet, in a strange way this is a good day. Because it’s in Jesus’ death, and his resurrection three days later, that we see God’s love most clearly shown. Which is why we can think of the cross in this simple equation. The cross equals love.

For Christians, Jesus is God made human, God with us. In Jesus’ life we see a God who doesn’t sit on high, removed from humanity, but rather gets involved in the mess and the madness of life. And in Jesus’ death we see a God who is willing to do whatever it takes, even endure the most brutal of deaths, so that we may be made closer to God. That’s powerful love.

In the Temple of Jerusalem in Jesus’ time there was a large curtain in the most sacred part of the Temple, behind which they believed God inhabited. This curtain separated the people from where God was. The Bible says that when Jesus died that curtain ripped in two, telling us that there is no longer a divide between people and God.

The cross is such a powerful symbol for us still today because it represents God’s love for all people. There is no longer any separation or divide between God and humanity; the cross is God’s way of welcoming and loving all of us, no conditions.

The cross shows us that God walks with us, cares for us and loves us no matter what. This symbol of pain and suffering is transformed into a radical symbol of God’s love and acceptance of all people; with no regard for a person’s background, experience, sexuality, culture, gender… nothing. The cross marks the point where God says, all are welcomed, and all are loved.

This Easter season let me encourage you to reflect on this powerful symbol wherever you might see it, be it in a Church or just on a Hot Cross Bun. Because in the symbol of the cross, we see most clearly God’s love for all people.

Let me wish everyone a happy, safe and restful Easter break. It’s been wonderful working with the boys at Lindfield this term and I look forward to another great term. 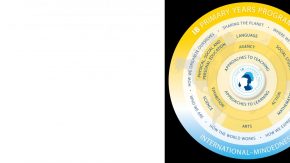 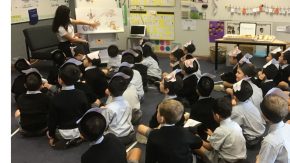