“Football is about joy. It’s about dribbling. I favour every idea that makes the game beautiful. Every good idea has to last.”- Ronaldinho.

On Saturday 23 March, we took four teams of boys to Grammar St. Ives for an inaugural cup competition, the Grammar Football Cup. Our two junior and two senior teams faced the likes of Kings, both Grammar schools, Barker and Redlands in a round robin style competition with quarter finals, semis and then finals.

Over the course of the day, each team played a minimum of four fifteen-minute games with no half time intervals, before progressing further if they won their quarter final game. The quality of the football was high, and the day was a great test for boys considering that the winter season starts soon. Every boy played well and represented the Newington sporting values – personal best, resilience, team work, respect, enjoyment and improvement. A couple of our teams made it to the semi-finals, with our Senior B team losing on tense penalty, but eventually finishing fourth after a play off. Special mention also goes to the Junior A’s, who beat Redlands 12-1 in their quarter final. Well done to all who took part on the day.

Here are a selection of the boys who took part sharing their views on the day:

Tom Andrews, 6W: I liked it because I have never played in a preseason tournament before, it was fun to see some of our competition for the winter season.

Phoenix Yim, 6W: It was very competitive but fun at the same time. Everyone had a go and no one was left out. The penalties made me feel nervous but I was happy to make some saves as the keeper.

Felix Lee, 6W: All the teams were evenly matched and there were only fifteen minute games so it was good to score an early goal and try and keep the lead. In one of the games we scored in the first thirty seconds. It was good fun and great having Phoenix in goal for penalties.

Good luck to all the boys in the upcoming winter season! 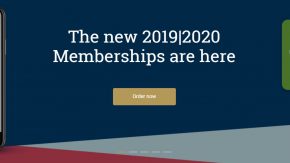