On a very wet June evening, the annual Careers Expo was held across several venues on the Stanmore campus. Nearly 50 exhibitors set up in the Centenary Hall, creating something of a carnival atmosphere. These came from the major universities across New South Wales and ACT, private colleges engaged in everything from Early Childhood Care to Hospitality to Event Management, as well as TAFE and Defence. There were representatives from organisations involved in getting Australian students places in US Colleges and others involved in vocational pathways.

73 ONUs and parents formed panels in the Year 12 Common Room in the Rae Centre to address the questions presented by the boys. Industries represented included law, medicine, finance and banking, engineering and construction and many more. The experience the boys (and the Old Boys) get out of this exchange is very worthwhile and constructive. I’ve heard of some Facebook connections being made because of interactions on the night.

One added attraction this year was to invite current University students to come along and share their experiences with the current students. With a mind to the ONU’s desire to establish a Mentoring program, the sharing of ideas and experiences was invaluable.

Mr Trent Driver, Deputy Head of Stanmore (Academic), enthralled the collected parents with his engaging presentation on applying to university and debunking the myths of the ATAR, another highlight of the night.

Once the heavens opened, and sport training was cancelled, it was always going to be a question of how many boys would come back. While the turnout was a little down on previous years, the experience for those that attended was invaluable.

Thanks must go to all those who helped on the night and in the lead up to the event, but none more than Ms Sabine Tanase. Her drive, enthusiasm and expertise were the force behind the success of the event. 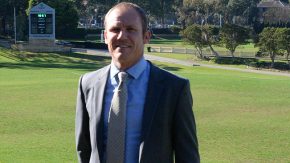 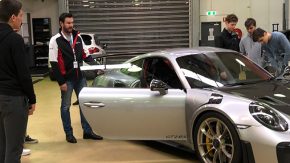