In a world that is changing at an astounding pace, where nation states are re-emerging, where great powers like China reject what many see as “universal values”, perceiving them instead as “western values”, and where national borders house multiple faiths and cultures, what does it mean to be Australian?

The Centre for Ethics has been privileged to host many impressive speakers in recent years, and Mr Grant was no exception.

He has reported some of the most significant events in world history. They include the fall of apartheid, the advent of peace in Ireland, terrorism in Pakistan and the Britain’s handover of Hong Kong to China, a country where he lived and worked for many years. He has, he says, had a front seat to history.

His described the current global state as “post-American”, where the world’s most powerful nation is drawing back into itself as others like China and North Korea are asserting their positions. Authoritarian figures are now the powerful leaders on earth. Faith in institutions is in decline and populism is on the rise.

Nations are finding their own way, moving away from global structures (witness Brexit and the US withdrawal from the UN Human Rights Council), he said.

But he offered a quote to the packed The Old Boys Lecture Theatre: “Democracy always appears more frail than it is”, and spoke about his optimism that Indigenous Australians are working to “complete the nation” through efforts like the Uluru Statement.

And, after a years of rumours he would enter politics, he confirmed to the audience he preferred life on the sideline.

“I’m a writer and observer” he said.

The next Centre for Ethics speaker will be Senior Lecturer in Philosophy at the University of Sydney Dr Caroline West, who will talk about The Philosophy of Happiness on 1 August 2018. 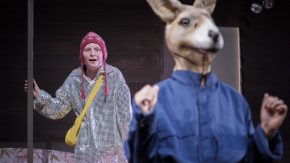 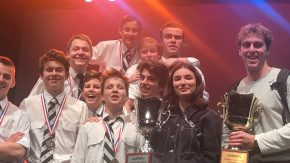