On Saturday, 1 December about 150 boys, arrived at the spaceframe to participate in the 10th annual ‘Sleep Rough’ in order to raise money and awareness for the Salvation Army’s Oasis initiative. The aim of the night was to give boys an understanding of what it’s like to sleep on the streets. Mr Pyne stated the conditions of the night would replicate three of the four factors of homelessness: an uncomfortable short sleep, bright lights preventing sleep and loud noise from the people around you.

The event started with most boys finding a location within the spaceframe to sleep for the night and playing basketball, frisbee and soccer on the space frame. At around eight we were called in for a briefing from Mr Pyne. Soon after our briefing, we went in to receive a lecture from Olympia a representative from Oasis on what the organisation does to help turn youth’s livesaround. Olympia told us about some of their programs including Crisis Accommodation for those who are doing it hard on the streets, Oasis College which helps educate those who left school early and Drive for Life, to help individuals achieve their full licence. After the lecture, students were able to ask questions about Oasis services. The answers helped the students develop a better understanding of the programs and what it means to be homeless on the streets.

We were provided with a light supper of Milo and a biscuit, and then begun to relax and prepare to sleep. Most students went to sleep between midnight and one, waking up at five to six, giving them around five hours of sleep. A breakfast of a bacon and egg roll was created for each student, and we gradually cleaned up and went back to our regular days, having gained a deeper understanding of what it’s like to be homeless.

The event managed to raise $1500 for Oasis Youth services. Special thanks to Mr Pyne, Mr Mountain, Mr Quinane, Mr Ansourian and all the boys for showing up and raising money, and Olympia for coming to speak to us about Oasis. 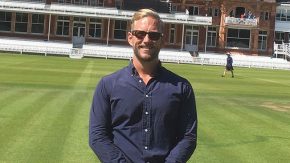 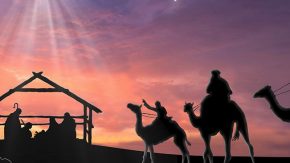 Next Article Whom are we praising at Christmas?
PrintShareShareShare