How to Avoid Raising Unethical Brutes

As a parent, I strive to raise principled, caring children, though often my aspiration does not match my reality. In a previous Prep Talk, I wrote an article about ways to develop a strong, moral compass in our children. The answer was a framework of clear family values, good role modelling, sharing wisdom and experience and plenty of open discussions around big issues.

The missing piece in the framework is the way we talk and interact with our children. We can do all these things mentioned above but the responses and attitudes of our children may still be wanting. Often negative interactions at home are a response to the way we, as parents, frame our child’s actions and dispositions. As a parent, we need to be mindful and conscious of the way we speak with our children. There was an interesting NY Times article by Adam Grant that focused on this issue. I have inserted the Marshall Memo summary of his ideas below.

What does it take to raise a compassionate, moral child? Researchers have found that worldwide, this is parents’ number one priority – instilling caring is more important to them than their children’s achievement. But how much difference do parents make in this area? Are some children born good-natured and others mean-spirited? Studies of twins suggest that between one-quarter and one-half of people’s propensity to be kind is inherited – which means that parents and the environment account for up to three-quarters. Drawing on the psychological research, Grant has these suggestions for adults working with children:

Each stage of your son’s development brings new challenges, joys and opportunities. As a parent it can seem overwhelming.  The essence of the research is that the way you interact with your son builds their worldview and perception of who they are as a person. Parenting is learned through trial and error but good modelling, effective praise and positive character reinforcement is important in the development of your son. Done well, you are more likely to create an environment where your son’s kindness and compassion can thrive. 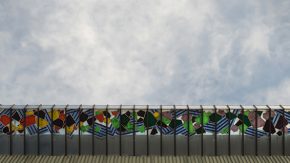