Students’ experiences with patterns and algebraic thinking in the primary years, build a strong foundation and lead later to more formal study of expressions, equations and functions in high school.  Essential for developing the boys’ algebraic thinking are experiences with creating, recognising and extending patterns.  This develops into describing patterns verbally and representing them symbolically in several ways – numerically on tables such as T-charts, algebraically using equations with variables and geometrically on coordinate graphs.  Functions evolve from the investigation of patterns and make it possible to predict results beyond the information presented.

Over the past week, the Year 5 boys have been exploring problems involving patterns and learning how to present these patterns in a variety of ways.  One problem involved identifying the number of painted squares on cubes as they increased in size.  Initially the boys built a 1×1 cube using blocks, then a 2×2 cube and a 3×3 cube and so on. Each time they counted the number of squares which would need to be painted and recorded this data on a T-Chart.

Once they were able to recognise a pattern emerging, they attempted to describe the pattern in words.  Some groups commented, “we see that it is the number of cubes high multiplied by itself then multiplied by 5” others noticed “it is the cube height squared, times 5”.  Following this, the boys were encouraged to represent the pattern algebraically. See the examples pictured below.

The boys enjoyed building and exploring the patterns as well as trying to use the algebraic equation to calculate the number of painted squares in a cube much larger than those they could build.  It was wonderful to hear the boys’ conversations throughout these lessons as they tried to make sense of the data.  One boy remarked “This is actually really fun!” Who knew learning algebra could be so engaging? 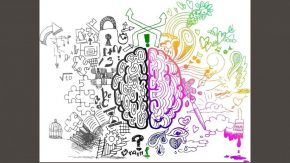 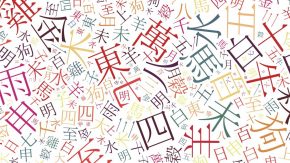