This year, instead of outlining the topics we will be learning throughout the year, I started the lesson by asking the boys: WHY do we learn another language?

The boys from Year 2 and above shared their thoughts in their class. While some very ambitious boys mentioned how learning new languages can help them to “have a multinational company” and “do trade with other countries”, there are boys who suggested: to communicate with others who do not speak English, to make more friends, to speaker to waiters in a Chinese restaurant or to read menus. One of the Year 5 boys must have a great knowledge of the IB system! – he told the class the reason why we learn another language is because all IB school students are required to learn another language. He is right! But why?

During the Lunar New Year, all boys received a red pocket with three objects linking to the Learner Profile. The Learner profile is not something we assess, rather, it’s the quality we should all embrace as a lifelong learner and as a decent human being in this modern society. 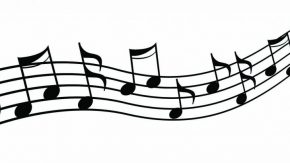