The sporting year is well and truly underway with Lindfield boys representing Newington in swimming, basketball, cricket, touch football and AFL already in 2019.

Swimming has been a school wide focus over the first 6 weeks. NewSport have introduced the Learn to Swim Program at Lindfield on Saturday mornings, available to all students and the K-2 boys are benefitting from this program during their PE Lessons. In the space of just a few weeks I have seen many gains by our younger students. It is great to have a school wide program in line with Wyvern and Stanmore.

The older boys have also been in the water with more of a focus on preparing for the swimming carnival before leaning towards swimming for fitness. The swimming carnival was a great day with all of the primary boys hitting the water at least 3 times. It was a great community event which could not have run without the assistance of many parents who timed races. Following our carnival, 11 boys went on to compete at the IPSHA Carnival – Aiden Ng, Oliver Fisher, Dylan Henry, Hugh Jones, Lachlann Mosely, Kiran Ayer, Tom Fuzes, Harry Keeping, Jesse Omozusi, Connor Mosely and Oliver Senior. Many of these boys swam PB’s on the day and came home with place ribbons from their heats.

The summer season wraps up this weekend after a brilliant start to the year. All coaches have commented on how much the boys have improved in such a short time and every team has had at least one victory to show for their efforts with the Senior B’s Touch team undefeated.

This week 2 teams represented Lindfield at the Paul Kelly Cup. Both the A’s and the B’s won two games and lost one placing second in both of their respective pools. For many of the boys this was their first experience of AFL, and despite the rain it was an enjoyable day for all. Four of the boys trialled for the CIS AFL team, while they weren’t selected this year, they were strong team leaders in yesterday’s carnival.

The winter season officially commences next week with Football and Rugby Tournaments before trials begin for the IPSHA Season. 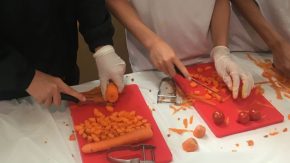 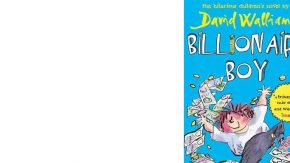