A bright future for Public Speaking at Newington

A bright future for Public Speaking at Newington

Public Speaking at Newington continues to grow; the program is definitely in positive hands for the future.

Our primary competition, the Newington Public Speaking Competition, was held in June. It was a fabulous evening of high-calibre oratory from boys across Year 7 to Year 12. All the participants were given a choice of two topics to speak on and one week to prepare; all speeches were engaging and well-delivered. The winners were William Sun (Junior Division) (8/LE), Rohan Gandhi (Intermediate Division) (9/KL) and Alex Humphreys (Senior Division) (12/JN).

The Legacy Junior Speaking Award was an external competition that William Smith (9/MA) and I were selected to participate in. The competition, from Years 7-9, operates under two categories: the prepared and the impromptu speeches. The prepared speech could be of any subject. In August, we travelled to SCEGGS to contest for our local final. There was a great diversity of themes selected- ranging from fake news, sporting culture, mental health & volunteerism. The speeches were unique and of a high standard. The impromptu, however, was a true challenge. With only five minutes for preparation, all participants were asked to deliver a two-minute impromptu speech on the topic of ‘A Fresh Start’. The open-ended nature of the topic meant that there was a variety of avenues that the contestants talked on. It was a great experience and I was extremely delighted to be going through to the next round! I talked about the dire state of the Australian Sporting Culture in my prepared speech and discussed how we need to redefine what we think of as ‘evil’ in the impromptu section. William delivered a brilliant prepared speech on mental health and gave an interesting spin on the impromptu section.

The Regional Finals were held on 6 September at The Arts Unit, Lewisham. The prepared speeches, once again, were inseparable in their quality. Food wastage, child labour & the development of technology, were some of the fascinating topics that were discussed. The impromptu topic was ‘A Step in the Right Direction’. I talked about the urgent need to take steps in the right direction for climate change whether it be for the government or for the individual. Many grasped this topic with confidence, and so it was not a surprise that it took the judges over 30 minutes to make their adjudication. Eventually, I was thrilled to discover that I was progressing to the state semi-finals, but moreover, it was amazing to be a contestant in such a high-quality round!

The State Semi-Finals, held on the 14 September, was not just special for the competition itself, but also for its venue. Speaking in the NSW parliament (the Jubilee Room & the Legislative Council Chamber) with 12 of the finest young orators, was an absolute privilege. The experience was further coupled with some mesmerising, distinct prepared speeches, about: scoliosis, trust & the power of words. The impromptu topic was ‘Puppet on Strings’- which really tested our spontaneous thinking. I managed to talk about how the government is the puppeteer who is controlling the refugees that are dehumanised on Nauru and Manus Island. A clear stand-out impromptu speech, however, was discussed on Australia being a republic- and thereby severing the ties we have with the British. With a balance of a solid prepared speech and an analytical impromptu; I was successful in going through to the state finals, which will be held mid-October in the Domain Theatre of the Art Gallery.

Overall, both these competitions were extremely worthwhile for improving our confidence with regards to public speaking. A huge thank you to Mr Laurence and Ms Shepherd for making all these oratory events possible! 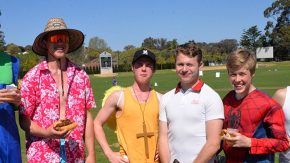 Previous Article Around the grounds 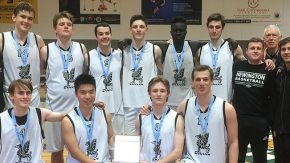