Newington’s poise and focus at the offensive end of the floor coupled with tough defence allowed the team to steadily build their victory margins over the course of each game. In fact, Newington’s defence has been the key ingredient in our remarkable four-year run and provides weight to that old adage “offense sells tickets but defence wins championships”

The victory caps off a remarkably successful season for the Newington 1sts, winning the GPS and CIS competition without a loss and reflects the efforts of the boys, coaches and support staff.

The depth of the team saw Reed Nottage (12/LE), Matur Maluach (12/FL) and Brandon Freire (12/PR) gain selection for the Australian School Boys team. However, we would also like to acknowledge and thank Bryn Williams (12/LE), Finn Sleigh (12/PR), Darcy McDonald (12/ME) and Kelvin Du (12/ME) for their service to Newington basketball over the years. 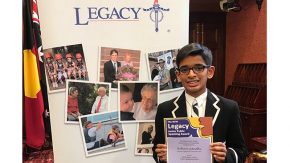 Previous Article A bright future for Public Speaking at Newington 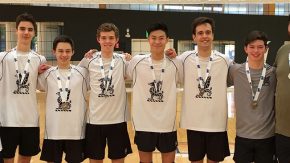