Head of Co-Curricular Mr Peter Wilkins explored the history of Newington’s most prestigious awards – Colours – at the assembly. Below is his introductory speech.

According to Mr Dickens, ‘You have to know history to make history!

Today, I would like to briefly reflect on the place of Colours awards in the history of Newington College.

I was provided with the following information by our College Archivist, Mr Roberts.

The origin of the awarding of Colours at Newington is a bit mysterious. We know that it was already a common practice in many independent schools and universities in the UK, Australia and other parts of the Empire in the late 19th century.

Why ‘Colours’? This also isn’t clear, but might be because in some schools they took the form of coloured ribbons attached to blazers. Colours were called Blues at Newington for a few years in the 1960s, reflecting practice in many universities.

The first documentary evidence we have at Newington of these awards is a report in The Newingtonian in 1898 of a decision by the Games Committee to award Triple Colours. The first Triple Colours were awarded in 1899.

It is exciting that Matt Dyster will receive the distinction of Triple Colours today for his contribution across Athletics, Cross Country, Water Polo and AFL. He is one of five students to achieve this feat since 1981.

The criteria for the award of Colours has differed over the decades, sometimes simply for membership of senior teams and at other times requiring particularly outstanding performance.

Today in sport, while meeting criteria for a pre-determined number of appearances in the first team is important, the deciding factor for a player is demonstrating our character values of Enjoyment, Growth, Hardwork, Respect, Resilience and Unity.

‘Letters’ were introduced for meritorious Seconds teams in the 1990s. Today they will be awarded to the victorious 2nds Football team. 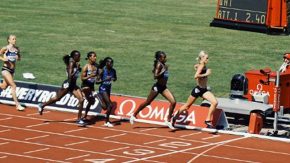 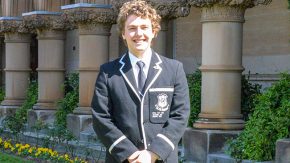 Next Article Legacy is in every action
PrintShareShareShare