In term two teaching at Tupou College in Tonga, I decided to introduce my Form 1 (Year 7) English class to Shakespeare through a study of Romeo and Juliet. The teaching was fun and the boys responded well, so well that we decided to prepare a performance of the play for the whole school including staff and parents.

Happily, the teaching did focus on Shakespeare’s time and how males played female roles which otherwise may have been an issue.

With over 10 weeks of rehearsals-many at night after long days at school-the boys practised and practised. With the help of Tamara Smith during Newington’s July visit, the boys mastered the ball and fight scenes.

Costumes were fairly simple, all boys had masks for the ball scene and we used a recorded soundtrack, including an electronic siren to scatter the players at the end of the fight scene.

Fairy lights and candles added to the atmosphere in the open-sided school hall. A black backdrop was made by the Tech boys with a fabulous (Juliet!) balcony built from scaffolding and decorated with green garlands. The community got involved even making costumes for dolls that resembled mini versions of Romeo and Juliet.

All 21 students were involved, and they were sensational, mastering all five acts and the enormous volume of lines required to be learned. They got over their performance anxieties and were terrific to an initial audience of 1200 at Toloa, students, staff and parents.

Two days later they performed in town at sister school Queen Salote College’s hall and the performance was open to the public and was again very well attended. The Australian High Commissioner, his wife, the head of the Free Wesleyan Church and a couple of school principals were all very impressed with the boys’ competence and poise on stage. 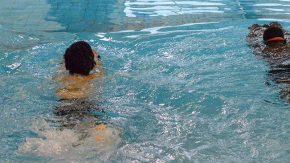 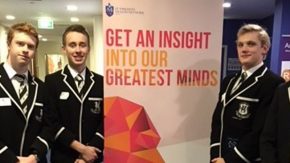