Measles is a highly contagious viral illness, which is easily spread through the air when an infectious person coughs, sneezes or breathes. The measles virus can remain in the air for short periods, so simply being in the same room as a person with measles can result in infection if you are not immune.

After a few days:

Up to one third of measles cases can suffer from diarrhoea, middle ear infections and pneumonia. There are rarer complications such as measles encephalitis (1/1,000), which is swelling of the brain or sub-acute sclerosing pan encephalitis (1/100,000), a fatal neurological disorder, which can present years after a measles infection.

Although these cases are uncommon, I sadly remember nursing an 11-year-old boy with sub-acute sclerosing pan encephalitis around 1981 in The Children’s Hospital in Dublin. The measles vaccine was introduced in Ireland in 1985. I also remember having measles myself around age six. I was miserable with sore eyes and horrible rash but thankfully, I did not get any complications.

There have been two recent measles cases in Sydney in March – one case involves a man in his twenties staying in a backpackers hostel in Central Sydney and the second was a primary-school-aged, unvaccinated child in Bonnyrigg.

These instances follow another two recent unrelated cases, but interestingly both had returned from holidays in South East Asia.

Who is at Risk?

People born before 1966 are assumed immune to measles.

NSW Health encourages all people 12 months of age or older, and born during or after 1966 to make sure they have received two doses of measles vaccine. For people who are unsure of whether they have previously received two doses, it is safe to receive more than two.

Travellers are encouraged to discuss their travel plans with their GP to ensure that they are vaccinated against preventable diseases such as measles prior to travel.

Around the world, measles cases increased by 48% between 2017 and 2018 – from World Health Organization data. 10 countries, including Brazil, the Philippines and France, accounted for nearly three-quarters of the total increase in measles cases in 2018.

Here are some other key facts about measles with a photo of the rash: https://www.health.nsw.gov.au/Infectious/measles/Pages/key-facts.aspx

It is possible that some people are still concerned about a supposed link with the MMR vaccine and autism following a report by Wakefield et al in 1998 in the UK. This was later refuted and the authors were found guilty of fraud and of falsifying facts. Wakefield himself was later banned from practising medicine in Britain. A recent study just published on 5 March in Denmark involving 650,000 children finds No evidence that the vaccine increases the risk of autism. This follows numerous other studies, which have found no link, so this myth is emphatically busted.

NSW Health continues to investigate an outbreak of salmonella linked to contaminated eggs.

Salmonella infection is a type of gastroenteritis caused by the salmonella bacteria. Symptoms of infection include fever, diarrhoea, abdominal cramps and vomiting. Most symptoms last four to seven days but dehydration and more rarely a blood infection can occur.

Salmonella is mainly spread to humans when they eat under-cooked food made from infected animals (that is, meat, poultry, eggs, and their by-products). Salmonella can spread from person-to-person from the hands of an infected person. It can also spread from animals to humans.

A total of 139 people in NSW have become unwell with this particular outbreak strain since this was first reported last year.

People are advised to check their kitchens for any of the impacted brands. The eggs should be either disposed of in the garbage or returned to the place of purchase for a full refund. A receipt of purchase is not required.

Click here for a link to practical advice when using and storing eggs. 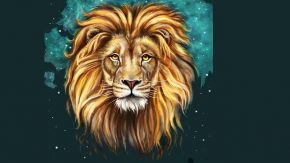 Previous Article The essence of Easter 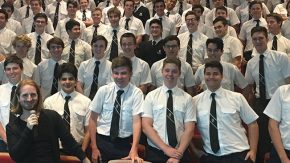