In 1860, in response to the latest Russian invasion scare, the military authorities in New South Wales approved the formation of a regiment of Volunteer Rifles to replace the smaller unit that had hitherto existed. The souvenir menu for an anniversary banquet held in 1910 at the Parramatta Town Hall (as reported in an historical feature in the Cumberland Argus and Fruitgrowers’ Advocate in 1937) provided a brief history of the regiment’s Parramatta Company.

Among the 72 citizens who enrolled at Parramatta in September 1860 — ‘Desiring to show their loyalty to the Mother Land’ — were the Headmaster of the King’s School, Frederick Armitage, a teacher and eight students.

The students were not officially cadets, but we know that at least one — Andrew Houison — was only eleven years old: calling them cadets, rather than soldiers, seems reasonable. We don’t know how long Andrew served in the Parramatta Rifles, but he moved from King’s to Newington on its foundation in July 1863. Aged thirteen, he appears in tenth place in our original admission register.

The son of a successful builder and architect in Parramatta, Andrew was one of early Newington’s most prominent students. In October 1863, the interim Head Master, James Egan Moulton, took a group of boys for a swim in nearby Haslam’s Creek. When Moulton, a poor swimmer, got into difficulties, it was Andrew Houison and sixteen-year-old Robert McKeown who rescued him. In 1865 Andrew was Dux of the School. His nephew James followed him at Newington in 1882.

Matriculating to the University of Sydney, Andrew became Newington’s first university graduate. He next studied medicine in Edinburgh and worked with Joseph Lister, the pioneer of antiseptic surgery. Andrew’s medical diploma and a reference letter written by Lister are in the College archives. Declining an opportunity to be Lister’s permanent assistant, Andrew returned to Sydney in 1873 to practise medicine, the first Newingtonian to do so. He was soon appointed Secretary of the NSW Medical Board, in which prestigious position he became well known in medical and official circles.

With a keen interest in history, Andrew was one of the founders of the Royal Australian Historical Society, serving as its first President in 1901. As part of the Society’s program he organised field trips to Parramatta to visit old houses and buildings, including his father’s architecture and the places where he had drilled with the Parramatta Rifles forty years earlier. He died in 1912. 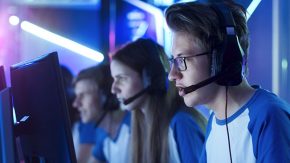 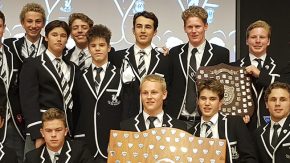