Saturday 16 March was a busy day for Newington College’s Water Polo community. Through the course of the day, the 16As, 2nds and 1sts competed in the Thomas Whalan Cup, racking up points to become joint winners of this GPS competition.

Later that evening, close to 200 Water Polo players and their families gathered in Centenary Hall to celebrate yet another successful season, enjoying the company of good friends, good food and good entertainment. All teams, ranging from U13s through to 1sts, were well represented on the night. Director of Aquatics Mr Ryan Moar, who was also the MC for the night, put together a highlight slideshow that saw cheers emerging from the crowd. An initiative this year was to invite back past captains of Water Polo. Thank you to Jean-Luc Poidevin (ON 2014), Wil Cotterill (ON 2015), Rory Williams (ON 2016), Harry Gilkes (ON 2017) and Aidan Schmitt (ON 2018) for sharing your passion and savage advice about the great water sport.

Magician Jackson Aces weaved his way around the crowd throughout the evening, mesmerizing boys and parents alike with his tricks. President of Water Polo Support Group Mr John Harris was amazed that he was missing his watch when he presented Jackson to the crowd! A photo booth was also on hand to provide souvenir photos from the evening.

The prestigious annual Evan Fraser Award, went to Aidan Principe (10/PR) this season. Aidan broke through into the Newington 1sts in his final term of Year 9. Aidan received the award for his undeniable passion for Newington Water Polo, his focus on individual and team improvement and the energy he brings his training and competition.

Thank you to Mr Ryan Moar and the Water Polo Support Group for organising yet another popular Water Polo End of Season Dinner. 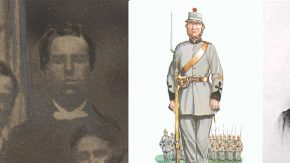 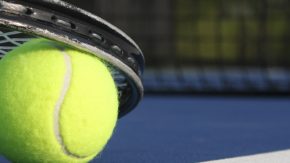