One of the questions facing the authorities in the Allied armies after the fighting of the First World War ceased was how to keep the soldiers entertained during the huge task of repatriation and demobilisation.

In relation to the Australian troops, the obvious answer was sport. In AIF units in France, Belgium, England, Egypt, Palestine and Mesopotamia, a range of sports, including cricket, rugby, football (soccer), tennis, athletics and boxing, were organised, along with competitions between battalions and higher formations. In January 1919, an AIF Sports Control Board was established to oversee the whole enterprise.

Moves had already been started by the English and Australian cricket authorities late in 1918 to organise a tour of England by a team made up of Australian servicemen. After the AIF Board took over organisation of the tour, a call was made to units in England and Europe and, by April, a team of fourteen players had been selected, while another five participated later. Seven team members were officers, but their captain for most of the team’s existence was a lance-corporal.

A natural choice for selection was Gunner John Morris “Johnnie” Taylor. Regarded as Newington’s greatest ever sportsman, Taylor had studied at the College between 1906 and 1915. Outstanding in cricket, rugby, rifle shooting and athletics, he won the Triple Badge four times. He played in Newington’s 1st XI from 1909, aged only 14, until the end of the 1914–15 season, including service as Captain. He scored twelve centuries and three double centuries and played Sheffield Shield for NSW while still at school. After enlisting in 1916 he served in the Artillery on the Western Front. Between 1920 and 1926, despite the effects of wartime knee injuries, he scored 997 runs in twenty Tests and 1299 runs in twenty-one Sheffield Shield matches. The Newingtonian noted that his popularity was ‘as much on account of his unfailing good temperament and his proverbial modesty.’

The AIF team’s tour of the United Kingdom took in 33 matches, including three in Scotland, between May and September 1919. This was followed by ten matches in South Africa between October and December. The team was disbanded after matches against Victoria, Queensland and New South Wales early in 1920. 39 of their 46 matches were regarded as first-class and they had only four defeats. They had played a significant role in re-building Australian cricket after the War, with six members, including Taylor, becoming Test players. 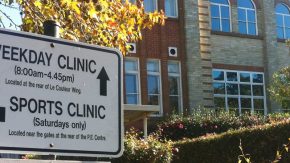 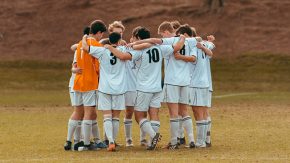