Despite the drop in temperature in the mornings, all of the 3–6 boys have been out having a great time representing Newington College in AFL, Football and Rugby. This week marks the half way point in the winter season and is a great chance to reflect on the first half, and look forward to the final 5 weeks. Training up at Koola Park on Wednesday and Friday afternoons is a joy to stand back and observe. We have great external staff in AFL, Football and Rugby supporting our classroom teachers and the boys really are getting a lot of attention to assist in the development of their skills and game play.

The Lindfield AFL Team have enjoyed a great start to the season, with the Year 5 and 6 boys getting to know each other and creating great combinations on the field. Last weekend the boys were welcomed by the Stanmore AFL Community and played at Marrickville as part of community day, fundraising to bring a group of boys from Clontarf Foundation to Newington in 2020. The Clontarf Foundation is based in Perth and exists to improve the education, discipline, life skills, self-esteem and employment prospects of young Aboriginal and Torres Strait Islander men and by doing so equips them to participate meaningfully in society. The boys were able to spend time with the Wyvern Team, and some players that had come through both the Prep schools who are now playing in the Opens Team at Stanmore.

The Football season has also been brilliant under the guidance of Mr Brian McCarthy’s (Director of Football at Stanmore) junior program. The boys are engaged and getting plenty of touches of the ball and game time at training each week. We have had some great games on Saturday’s also, with many close results. The boys always enjoy playing Wyvern, with our 9’s and open teams all having some tough contests. At the end of the morning it was 3 games each way, setting up a great final contest between the top Prep teams at Back to Newington Day in August.

The Rugby 7’s program at Koola has continued to be a great success each Saturday. The boys are improving and becoming more confident and more physical each week. A couple of our Junior players represented Newington at a March Past before the Waratahs & Jaguars game at Bank West Stadium a few weeks ago, before enjoying the match with junior players from clubs and schools from all around Sydney. The Year 6 boys will also be looking forward to the chance to play Wyvern at Back to Newington Day.

Almost every sport offers an opportunity for boys to trial for representative teams over the course of the year. Boys who are successful in trialling for NSW Combined Independent School (CIS) Teams then have the opportunity to play at the State Championships in their chosen sport. This term we congratulate Henry Yeoland who is representing Newington this week in a very successful CIS Hockey Team. Next week Connor Mosely will compete at the NSW CIS Cross Country at Eastern Creek and in the holidays Sam Schultz will be representing Newington at the All Schools Snow Sport Championships. Congratulations to all these boys! 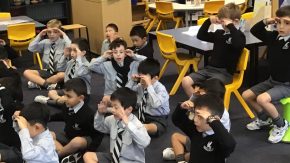 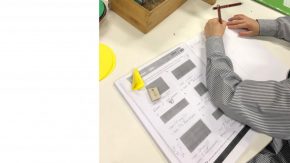