These past holidays saw Reed Nottage (12/LE), Brandon Freire (12/PR) and Matur Maluach (12/FL) participate in the NBA Academy Games & Basketball Australian Prospects Camp held at the AIS in Canberra. With over 35 American college coaches and 15 NBA scouts in attendance, the boys received great exposure for their future aspirations in the sport. All three were placed into teams which competed against the Latin America’s, African, India, China and Global NBA Academy’s. Not to be outdone Angus Ole (9/PR) was up in sunny Queensland representing NSW Metro 16 boys at the National Championships. Angus individual performance was first class helping his team to the bronze medal.

Congratulations to the Year 12 IB Italian ab initio students for 2018 who sat for their final examinations in May and received their results during the July vacation. Particular honours went to Matteo Lannan (12/PR) and Cameron Wang (12/FL) who gained coveted Grade 7’s. All of the boys can be immensely proud of their achievements, having only begun to study the language in February of last year. Not only have they developed a really valuable life skill, they have learned much about themselves and both the Italian and Australian cultures, making them great examples of effective global citizens. Ottimo!

On the 21st June, Aidan Giordan (8/LE), Manav Kalra (8/MO), Harshvardhan Khandekar (8/FL) and Toby Stepto (8/MO) represented Newington at the Kevin Lee Latin Quiz, an annual competition held in honour of the late Professor Kevin Lee, a professor of Latin from the University of Sydney and proponent of Classics among schools. The boys competed as a team against other schools in NSW, answering a broad range of questions from classical mythology, Latin/English etymology, and even mathematical equations in Latin. This was the first year the boys competed, and they performed admirably…winning their heat outright. They then progressed to the final, where they achieved 3rd place.

All four boys represented Newington with distinction were good sports and gave a fantastic effort throughout the night. The team now have the 2019 championship firmly in their sights and had a wonderful experience putting their Latin skills into practice. ‘I believe that the evening of the Latin quiz went very well and we all enjoyed ourselves and tried our absolute best.’ – Aidan Giordan 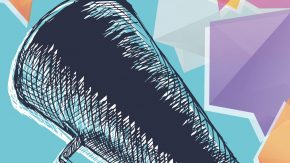 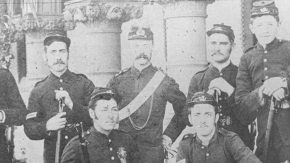