Confused? That was kind of the point!

Last week the Senior Production Love and Information by Caryl Churchill, took place in the Drama theatre. An ambitious project involving boys from Years 11 and 12, and girls from PLC Sydney, the show was performed on a revolving stage and featured complex technical design. But perhaps the most talked about component of this unique show was the seemingly confusing structure and form that defied all of the things we have come to expect and want from a play when we go to the theatre.

So, what was the point? What did it mean?

Churchill’s plays can be described as ‘anti- plays’ as they defy traditional conventions of theatre in terms of narrative structure and character. The play is written in seven parts, and Churchill requires that each of the seven parts be played in order, but the scenes within each part can be performed in any sequence. In addition, there are ten scenes at the end of the script titled Depression, of which any number can be inserted into the play at any point. The rule here is that the production must use as least one Depression scene. We chose to use seven of the ten.

Further to all of this, Churchill provides sixteen scenes titled Random, of which any can occur at any point in the production, but none of which are compulsory. As a result, any given production of Love and Information will contain somewhere between 51 and 76 scenes. Our production used 72 of them, allowing glimpses of 129 different characters played by the cast of 11. In this play, audiences can’t find a narrative or characters to guide them through a story. Instead, they see a myriad of different people, places and situations, which have seemingly no connection at all. These scenes are the pieces of a puzzle that combine in a way which – much like our fast paced, technology-fuelled, “twenty tabs open at once” lifestyle – forces audiences to consider a broad range of scenarios from the insignificant to those which impact us greatly. In choosing to stage Love and Information, we set out to showcase a piece that is unexpected and different. A piece that we hoped would challenge what audiences think theatre might, should or could be.

One of the most liberating and daunting things about staging Love and Information, is that the playwright does not give detail of context or character for her scenes. Each scene is given a title followed by dialogue that is not assigned to any character. How many people are in each scene, who they are and where they are is entirely open to interpretation. We had a wonderful time bringing each of the moments in the script to life and are grateful to the Newington College community for supporting such a inimitable play. We hope those of you who saw it are still thinking about moments and discussing scenes long after leaving the theatre! 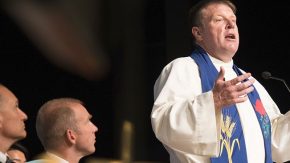 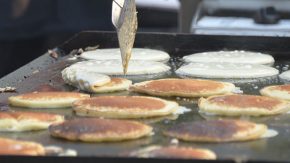