What an abnormal year it had been

What an abnormal year it had been

The school year started late in 1919.

The influenza pandemic of 1918–19 would eventually cause more than 50 million deaths worldwide. Despite quarantine measures, the first Australian cases appeared in early January 1919. The NSW Government proclaimed an outbreak of ‘pneumonic influenza’ on 27 January and, among other measures designed to minimise its spread, ordered that all Sydney schools (later extended across most of the state) should remain closed for the foreseeable future.

While the impact on students’ schooling was a concern for all schools, for boarding schools the loss of income imperilled their survival. On 31 January a deputation of principals asked that boarding schools be excepted from the order, but the Cabinet determined to adhere to it. The principals tried again on 17 February, with ‘a huge deputation’ meeting the Minister for Health, Jack Fitzgerald, to plead their case. Perhaps to make a point, he insisted that they all wear masks and sit in chairs placed at wide intervals. Newington’s Headmaster, Rev. Charles Prescott, took a leading role in the discussions, arguing forcefully that ‘if there was a ghost of a chance of starting early in March the situation would be saved.’

Concerned that the epidemic might ‘at any moment burst out into a blaze that would carry it far and wide’ — ‘You would then be very sorry that you had pressed me to open the schools,’ Fitzgerald chided — he nonetheless relented. Boarding schools could re-open, but under strict conditions: no day students or weekly boarders could return; any classes should be held in the open air; and ‘proper precautions [were to] be taken in respect of servants’, i.e. domestic staff. All day schools, including government schools, were to remain closed.

At Newington, with boarders unable to leave the school at weekends and with inter-school sport suspended, the boarding housemaster, Ben Jarvie, organised alternative activities. On the first week-end after re-opening, the Upper and Lower Corridors competed in shooting, athletics, cricket, swimming, diving, boxing, singing and recitation. The Uppers received three tins of biscuits as their prize. On Easter Saturday, the Coast and Tablelands competed with the West, followed by a debate and mock trial in the evening.

It was not until the start of May that day schools re-opened and Newington’s day boys returned. The pandemic was now ebbing, and the forty cases suffered by Newington students in the second term were all mild. At the end of the year, the Headmaster reported that ‘the influenza had touched the school only very lightly.’ 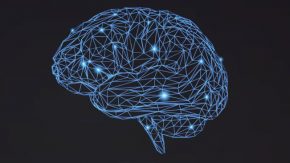 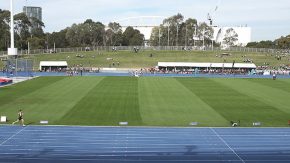