Rehearsing and practicing hour after hour, day after day, week after week, all need an outcome and this is a performance.

Performing music is a fundamental and important part of any musician’s journey. Music is better shared and performing is a deeply profound experience for both the performer and for the crowd to experience.

It is really important for each ensemble at Lindfield to perform what they have been working on. The School Choir performed at the beginning of the term at the Founder’s Concert. This was a very special occasion, performing in the City Recital Hall.

The String Ensemble performed at the Swain Gardens Open Day. This was a beautiful day. It was the day after all the rain, the blossoms were out and playing in Swain Gardens is always a special day.

The School Band performed the pieces that they have been rehearsing for the term at last week’s school assembly. They too did an excellent job.

Performing is an important part of playing an instrument. People often refer to an ice-berg – the tip is the performance and the ice under the water is the rehearsing – lots of hard work.

Next term there are a number of performances – the String Concert on Tuesday 20 November will be show casing the string program and all the work the string boys have been doing during the year – years 2, 3 and the String Ensemble will be playing.

On Thursday 22 November the Lindfield Band will be performing – the beginner bands of Year 4 and Year 5, the intermediate band of Year 5 and then the more advanced band of School Band. All these groups have been practicing hard, at school and at home.

The Ensembles will also be performing at the International Market on Friday 16 November. 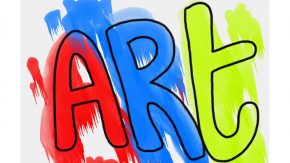 Previous Article What is going on in the Art Room?