Year 1 and 2 have begun their new Unit of Inquiry into ‘How the World Works’. The particular focus of this unit involves investigating the various sources of light and sound and discovering how light and sound travel to our eyes and ears, respectively. This unit is very science heavy and so we decided that the best way to get the boys thinking about light and sound was through a number of fun experiments.

Step into the Year 1 classroom and you will notice that it is already set up with the express purpose of getting boys to engage with light and sound through play. We have removed two of the cupboards in order to create an area that allows the boys to perform shadow puppet shows using different lighting colours. There are also light boxes, kaleidoscopes and other gadgets set up near our inquiry wall to get boys thinking about light and sound outside of formal lessons.

We began this week by looking into how the boys thought sound was made and how sound travels. Many boys said that sound was created by vibrations and travelled by sound waves, however when pushed individually for more detail only a few could offer an in depth explanation. This told me that the majority of boys had either heard from others or from a book how sound is created but had no real life experiences of this to support their claim. Hence why it was so important to have the boys engage in a number of experiments that would allow them to see, hear and feel how sound is created and how it travels.

Our first session involved three stations. At the first boys would hold a balloon in front of their faces and speak/shout into it. By doing so they were able to feel the vibrations of their voice echoing through the balloon. The second required the boys to make a rubber band guitar using a plastic container. When they plucked the rubber bands they made a sound and the boys could see them vibrating. Finally the third activity involved tying a metal coat hanger to two pieces of string and wrapping the string around their ears. The boys would then bang the coat hanger against different objects. To someone watching this experiment there would be no difference in sound, however for the person conducting it the results were stunning! The boys feel the vibrations rush up the string and the sound is louder and echoed around their ears. It’s truly an amazing sensation and one that solidified their understanding of the concept of sound as vibrations. Don’t believe me? Try it at home!

Having seen and felt how vibrations create sound we needed the boys to understand how these vibrations carry sound from a source to our ears. We used the analogy of a people in the school pool. When you drop the pebble into the pool ripples spread out from the source. This is just like an action which causes sound, the sound waves travel in all directions from the source. To demonstrate this we engaged in a timeless activity that children have enjoyed for generations, cup and string telephones. The boys made their own cup and string telephones and then tested them out with a friend. They quickly discovered that if the string is tight they can speak quietly into the cup and what they say will still be heard by the person at the other end. After much discussion we agreed that the tight string allows the sound waves in the form of vibrations to travel along the string, this reaches the cup and creates a echo and allows the other person to hear what is said.

We still have two more experiments to conduct before we move on to light. We will be conducting an experiment to show the boys how sound travels faster in water and another to show how echoes work. So still plenty of exciting activities on sound to come! 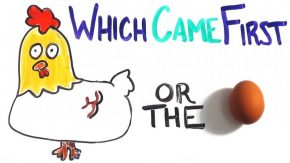 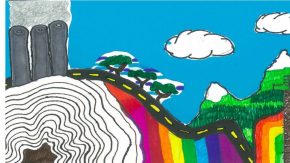