As part of the International Baccalaureate CAS programme, a group of Year 11 boys organised an improvised comedy night to raise funds for the Asylum Seekers Centre (ASC).

After seeing the fantastic work that the Asylum Seekers Centre does for people seeking asylum in our community, we were inspired to see what we could do to make a difference. While Manton House donates goods to the ASC Food Bank each week, we saw an opportunity to further this support.

Over the course of a few months, we planned everything from the performers to the barbecue and raffle prizes in a process that was both extremely rewarding and enjoyable as we began to see the night come together and see the amazing support from the Newington community for this important cause.

On the night, the audience was treated to a night of fantastic improvised comedy, with performers from Improv Theatre Sydney performing alongside our talented boys, coaches and staff. In the first round, performers competed in a “Powerball” challenge, where they had a total of 12 minutes to perform in the space of three scenes. One of many highlights was Mr Oosterhoff’s outstanding dolphin impersonation.

Round two saw a completely improvised soap opera, which was held in an elite culinary academy.

A number of audience members also walked away with some fantastic raffle prizes, which were drawn on the night.

The night was a great success, raising $5020 for the ASC. With the ASC supporting more than 2500 people in our community through valuable services such as accommodation, food, health care and financial relief, these funds will help support people in need in our community. We were delighted to have 15 clients from the ASC join us on the night, as well as former Newington teacher Jenny Tracey, who is the Nutrition, Education and Social Support Manager at ASC.

We would like to thank Ms Smith, Ms Markey, Mr Phillips and all the staff who assisted us with this project, as well as Angus Waldon (11/MA) and Liam Pidcock (11/MA) for their work. We would also like to thank Improv Theatre Sydney, the Newington improv coaches, Mr Oosterhoff and the Senior Improv Team for their support. 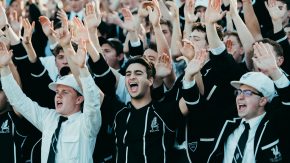 Previous Article Back to Newington Day 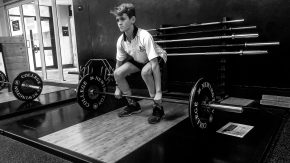 Next Article 'It's made me a better athlete'
PrintShareShareShare